Breast augmentation cosmetic surgery is a procedure that many women seek today to enhance their breast appearance. 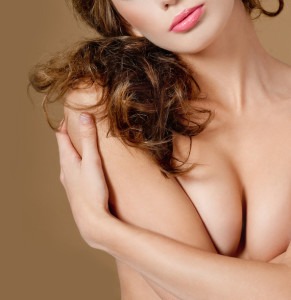 With this surgery it is possible to create larger, more appealing breasts by increasing the size of naturally small breasts, creating more symmetrical breasts or making the breasts appear more voluptuous.

Sometimes women seek breast augmentation following a mastectomy to restore their breast appearance and self-confidence. An expert breast surgeon will carefully evaluate a woman as a candidate for breast augmentation surgery and provide her with the information to make an educated choice.

Focused cosmetic surgeon Dr. Landon D. McLain provides various aesthetic procedures for the breast, body and face, including breast augmentation, to patients in Huntsville, Madison, Florence, Decatur, Scottsboro, Cullman, Athens, Alabama, and other towns and cities in this majestic part of the southeast.

During the initial consultation, the surgeon will try to understand the woman’s reasons to undergo breast augmentation surgery.

Only the candidate herself can best describe her reasons for choosing this procedure as well as discuss the aspects of her breasts that she finds undesirable. Women usually undergo breast enhancement surgery for the following reasons:

Breast augmentation is a significantly invasive cosmetic procedure, which requires the patient to be in good overall health. The surgeon will assess the patient’s medical records in detail and understand her breast anatomy and skin elasticity in the breast region as well as order specialized mammograms if required.

It is important for the patient to disclose all pertinent information regarding her present health condition to the surgeon. This will help the surgeon make the necessary adjustments to the breast augmentation surgery.

The patient should have stable and moderate body weight and should not have any existing infections, cancerous or pre-cancerous tissues in the breasts. Furthermore, she should not be pregnant or breastfeeding.

In case the patient smokes, the surgeon will ask her to quit smoking entirely for a specific period before and after the breast augmentation procedure. In addition, the surgeon may alter her schedule of prescription and non-prescription meds in discussion with the prescribing doctor.

The patient should stay well hydrated before the breast surgery as well as follow a balanced diet with more focus on lean proteins to support the recovery process. She should consult a nutritionist to receive the best dietary guidance.

The candidate should be above 21 years of age to be eligible to receive silicone breast implants according to FDA stipulations. In the case of saline implants, this minimum age requirement is reduced to 18 years.

Advancements in cosmetic surgery have made various aesthetic procedures safer and less invasive than before. However, the single pivotal factor that continues to make the most impact on the final outcomes in any 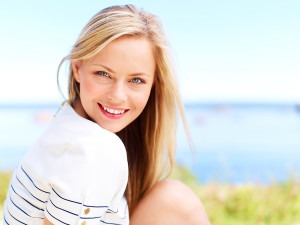 cosmetic procedure is the skill and experience of the operating surgeon.

Qualities of a Dedicated Cosmetic Surgeon

In choosing a plastic surgeon, a patient should seek the following qualities:

A cosmetic surgeon will be able to showcase before and after images of past patients who have undergone various procedures. Furthermore, they should show the patient testimonials from previous patients as required.

Emphasis on Individualization and Innovation

Every patient has a unique facial and body structure. For most effective plastic surgery outcomes, the surgeon must customize each procedure to the exact anatomical and cosmetic requirements of a patient. Patients usually attain the highest levels of satisfaction when the procedures are tailored to their specific requirements creating more complete and appealing results.

Plastic surgeons who focus on constantly updating their knowledge and techniques to provide patients with innovative and advanced procedures typically deliver excellent outcomes.

The patient receives the most benefit from the latest cosmetic solutions which are usually an improvement on older techniques and offer better outcomes in a less invasive manner. Furthermore, these solutions usually involve lesser risks and are more comfortable for the patient.

A Combination of Art and Science

The surgeon must be adept at combining the principles of art and science to develop aesthetically appealing yet safe results. If the surgeon follows a detailed and individualized approach to plastic surgery, they can offer the patient outcomes that are desirable, safe, predictable, and natural looking.

A patient should feel satisfied interacting with the surgeon and their staff in every aspect of the treatment process ranging from setting up a consultation to post-procedure support. The top priority for the plastic surgeon and their team should be to provide the patient with a comfortable and positive treatment experience.

The patient should choose an advanced practice that is equipped with state-of-the-art technology and cutting-edge solutions.

This will ensure that the patient receives top-quality care for all their requirements. Accomplished cosmetic surgeon Dr. Landon D. McLain receives patients from Huntsville, Madison, Florence, Decatur, Scottsboro, Cullman, Athens, Alabama, and nearby areas across the horizon for advanced aesthetic treatments.

Appearing desirable and youthful is one of the most profound human needs. However, as the years go by, attributes such as aging, family history, environmental factors, disease and unhealthy lifestyle choices can

In such cases, plastic surgery plays a crucial role in improving a person’s appearance and consequently enhancing their confidence and self-worth.

Today millions of people in the US receive cosmetic treatments each year with beautiful outcomes. Cosmetic procedures are not only popular with women, but an increasing number of men also seek these procedures. Developments in techniques and technologies have led to these procedures becoming more predictable and effective.

In the year 2010, patients received 296,203 breast enhancement procedures. This is a rise of two percent in these procedures from 2009.

Patients received 203,106 liposuction surgeries in 2010 signifying an increase of two percent from 2009.

Patients received 68,636 dermabrasion (the mechanical exfoliation of the skin’s uppermost layers) procedures in 2010, which is an eight percent rise from 2009.

According to the data published by the American Society for Aesthetic Plastic Surgery (ASAPS) in their multi-specialty statistical study, Americans spent over $15 billion in 2016 on surgical as well as non-surgical cosmetic treatments. This represents a massive year on year increase of 11 percent over 2015.

The report indicates that nearly 56 percent of these procedures involved plastic surgery and 44 percent were non-surgical treatments. Americans have spent $15 billion on cosmetic procedures in one year which is the largest spend on such treatments since the ASAPS introduced its annual Cosmetic Surgery National Data Bank Statistics survey nearly two decades ago.